Probably no one will argue that solving mathematical problems is sometimes difficult. Especially when it comes to integral equations. If you ever experience difficulties with them, you can use this calculator that presents a step-by-step solution. Using the online integral calculator is very easy, just enter the equation you need to solve. Alternatively, you can use the default button not to waste time. It is easy to find mistakes in your calculations when you can see every step of the process. Use the additional options on the calculator if you are not completely happy with the results. There is no need for crying and making yourself nervous because of a math problem. Just look for alternative solutions like this online tool.

An indefinite integral is the set of all antiderivatives

A definite integral of the function f (x) on the interval [a; b] is the limit of integral sums when the diameter of the partitioning tends to zero if it exists independently of the partition and choice of points inside the elementary segments.

Proper integral is a definite integral, which is bounded as expanded function, and the region of integration.

Improper integral is definite integral, which is unlimited or expanded function, or the region of integration, or both together

defined on the half-line

and integrable on any interval

The limit of the integral

is called the improper integral of the first kind of function

The manual contains the basics of the theory of a certain integral. Examples of solving typical problems are given. A large number of tasks for independent solutions are presented, including options for an individual calculation task containing situational (applied) tasks.
The manual is intended for undergraduate students studying the differential and integral calculus of the function of one variable in the framework of the curriculum.
The teaching aid is intended for students of the biomedical faculty to assist in the development of educational material and the theoretical part of the educational material can be considered as a lecture notes. The paper gives definitions of the basic concepts and formulations of theorems, working formulas and mathematical expressions, gives practical recommendations for the analysis of examples in order to facilitate the assimilation of the material and the implementation of the course calculation task. 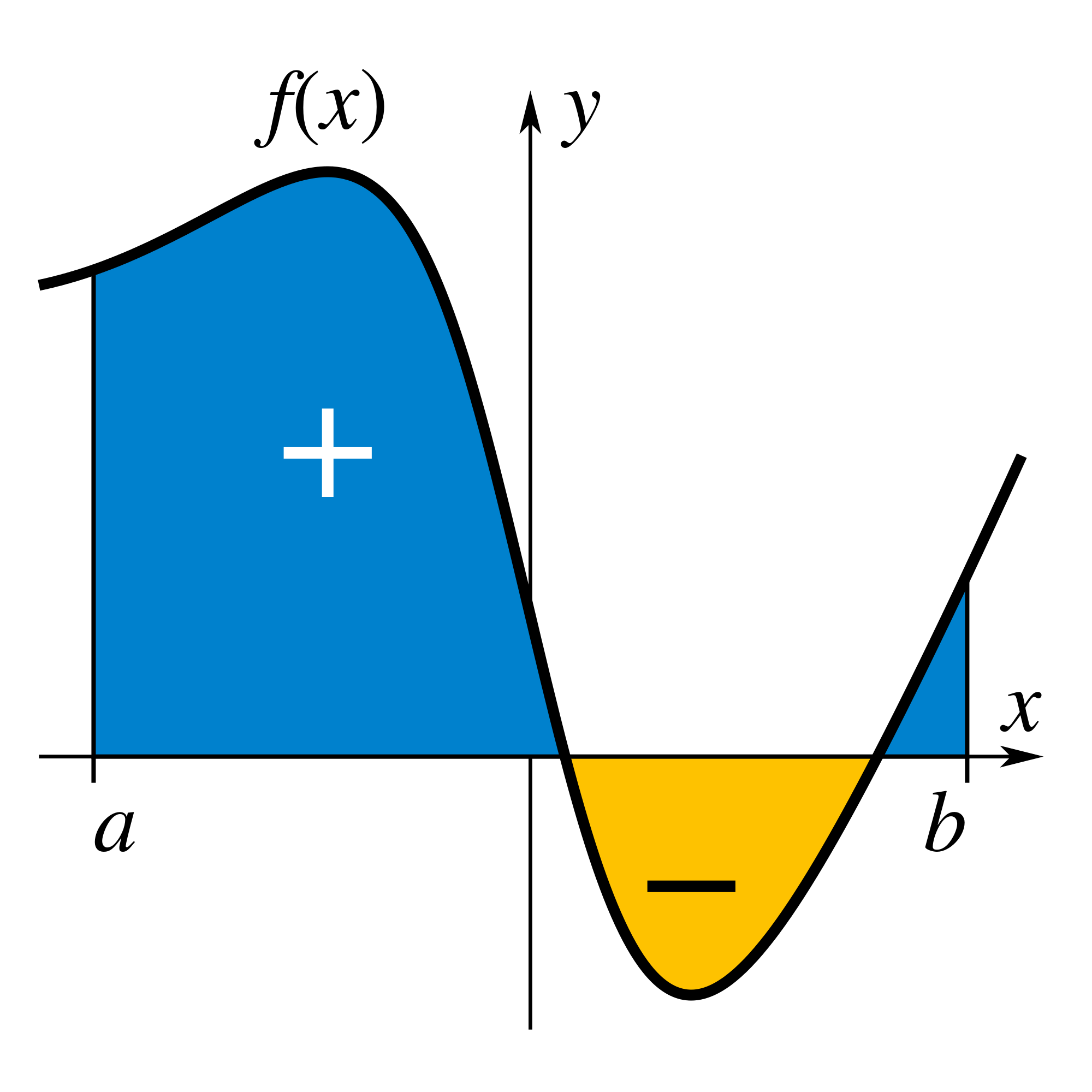 The concept of a specific integral and the calculation - integration procedure are found in a wide variety of problems in physics, chemistry, technology, mathematical biology, probability theory and mathematical statistics. The need to use a certain integral leads to the task of calculating the area of ​​the curvilinear region, the length of the arc, the volume and mass of a body with a variable density, the path traveled by a moving body, the work of a variable force, the electric field potential, and much more.
Common to this type of problem is the approach to solving the problem: the large can be represented as the sum of the small, the area of ​​the flat region can be represented as the sum of the areas of the rectangles into which the region is mentally divided, volume as the sum of the volumes of pieces, body weight as the sum of the masses of parts, etc. .
Mathematics generalizes applied problems by replacing physical, geometric quantities with abstract mathematical concepts (function, span or region of integration), investigates the conditions of integrability and offers practical recommendations for using a certain integral.
The theory of a certain integral is an integral part of the section of mathematical analysis - the integral calculus of the function of one variable.
You can reverse the direction. The result will be the negative expression of the original function:

If you are considering an integral interval that starts and ends at the same place, the result will be 0:

You can add two neighboring intervals together:

The history of the concept of an integral is closely related to the problems of finding quadratures, when the problems of quadrature of one or another plane figure mathematicians of ancient Greece and Rome called tasks on computing areas. The Latin word "quadratura" is translated as "giving

square shape. The need for a special term is explained the fact that in antiquity notions of real

numbers, so mathematicians operated with their geometric counterparts or scalar quantities. Then the problem of finding areas were formulated as the problem of “squaring a circle”: to build a square, isometric to this circle. Scientists who foresaw the concept of an integral, was the ancient Greek scholar Eudoxus of Cnidus, who lived around 408-355 years BC. He gave a complete proof of the volume theorem. pyramids, theorems that the areas of two circles relate as squares their radii. To prove it, he applied the method of "exhaustion", who found its use in the writings of his followers. Following Evdoksom method of "exhaustion" and its options for calculating volumes and squares used by the ancient scientist Archimedes. Successfully developing your ideas redecessors, he determined the circumference, circle area, volume and ball surface. He showed that the determination of the volume of a ball, an ellipsoid, hyperboloid and paraboloid of rotation is reduced to determining the volume cylinder. Archimedes anticipated many ideas of integral methods, but it took over a thousand and a half years before they got a clear mathematical design and turned into an integral calculus.

Basic concepts and theory of integral and differential calculus associated with the operations of differentiation and integration, and also their application to solving applied problems. Theory was

developed at the end of the 17th century and was based on ideas formulated European scientist I. Kepler. He in 1615 found formulas for calculation of the volume of the barrel and for the volumes of a wide variety of bodies of revolution.

For each of the bodies, Kepler had to create new ones, often very ingenious methods that were extremely uncomfortable. Trying to find common but most importantly simple methods for solving such problems and led to the emergence of integral calculus, the theory of which I. Kepler in

developed in his essay "New Astronomy", published in 1609.

With these formulas, he performs a calculation equivalent to the calculation of a certain integral:

In 1615 he wrote the essay “Stereometry of Wine Barrels,” where correctly calculated a number of areas, for example, the area of a figure bounded by an ellipse and volumes, while the body was cut into infinitely thin plates. These studies were continued by Italian mathematicians B. Cavalieri and E. Torricelli. In the 17th century many discoveries related to integral calculus. So, P. Farm in 1629

I examined the problem of squaring any curve in the year, found a formula for their computing and on this basis solved a number of problems for finding centers gravity. I. Kepler in deriving his famous laws of planetary motion actually relied on the idea of approximate integration. I. Barrow,

Newton’s teacher, came close to understanding the connection of integration and differentiation. Of great importance were the work of English scientists on representation of functions in the form of power series.

The German scientist G. Leibniz simultaneously with the English scientist I. Newton developed the basic principles of differential and integral calculus in the 80s of the 17th century. Theory gained strength after of how Leibniz and Newton proved that differentiation and integration - mutually inverse operations. This property is good Newton knew, but only Leibniz saw here that wonderful the opportunity that opens up the use of the symbolic method.

The integral of Newton or the “fluent” appeared, first of all, as indefinite, that is, as a primitive. The concept of an integral in Leibniz acted, on the contrary, primarily in the form of a definite integral in the form sums of an infinite number of infinitesimal differentials by which one or another quantity is broken up. Introduction of the concept of integral and its G. Leibniz designations refers to the fall of 1675. The sign of the integral was published in an article by Leibniz in 1686. The term "integral" for the first time in The press was used by the Swiss scientist J. Bernoulli in 1690. Then

the expression "integral calculus" also came into use, before that Leibniz spoke of "summing calculus." Calculation of Integrals produced by G. Leibniz and his students, the first of which were brothers Jacob and Johann Bernoulli. They reduced the computation to the inverse of the operation

differentiation, that is, to find the antiderivatives. Constant integration in print appeared in an article by Leibniz in 1694.

Here's a short and simple explanation of the nature of integrals for your better understanding of this kind of math problems.

The integral is the result of the continuous summation of an infinitely large number of infinitesimal terms. Integration of the function takes infinitesimal increments of its arguments and calculates an infinite sum of the increments of the function in these sections. In a geometric sense, it is convenient to think about the integral of a two-dimensional function in a certain section as the area of ​​a figure closed between the graph of this function, the X-axis, and straight lines corresponding to the selected interval perpendicular to it.

An hour to go to the standings and I did not understand :( ...
Examples of solving integrals added. Thanks for the comment.
Thanks for the article, textbooks are written such rubbish! They say, here, write it here and everything is clear, here you have all the decision, without explanation! At least now I understand that all such integrals, i.e., the essence understood. And the table is very good, complete.
Everything is clear here, you need to sit and think. And try to solve problems in physics with integrals ... In particular, the theoretical foundations of electrical engineering, there you can bend about radiation and optics in general I am silent :)))) (
The big human Thanks.. Textbooks are not understand and everything is clearly written in accessible language.
thank you very much Pts helped until reading did not understand what it is and how to solve =)
examples of solving integrals added. article is a bit expanded.
Thanks for the article, such rubbish is written in textbooks! Like, write here soE , everything is clear here, here is the whole solution for you, without explanation! now I have at least understood what integrals are in general, i.e. I understood the essence. And the table is very good, complete.
Admin: examples of solving integrals added. article a little expanded.
would also show a solution of improper integrals, this is the main pair (((
Kindness. Everything is clear, even written on the fingers, you can say. Thank you very much!
The integration area here is a deformed semicircle. If you change the order of integration, then y will be from 0 to 1, and x for a fixed y changes from arcsin (y ^ 3) to n-arcsin (y ^ 3). The integrable function is the same. It is not necessary to calculate the integral in this form - just write it out.
I am writing at the request of my friend, whose real name I do not indicate at her request, let it be conditionally Lisa. Lisa’s situation with spatial imagination is bad (and not only), therefore, having encountered the topic “Geometric applications of a certain integral” in her university, Lisa specifically booted up, in the sense, she was sad because she didn’t even cry. In connection with the situation described above, my question is: In which book is the theme "Geometric Applications of a Certain Integral" presented in the most accessible form?
Thank you in advance for an exhaustive answer.
What is the comparison method for determining the convergence of improper integrals?
What physical problems come down to computing certain or improper integrals?
You have a manual how to use the integral calculator?
Thank you very much! I will recommend to others to continue to use your sites
This calculator saved my ass on the exam :) 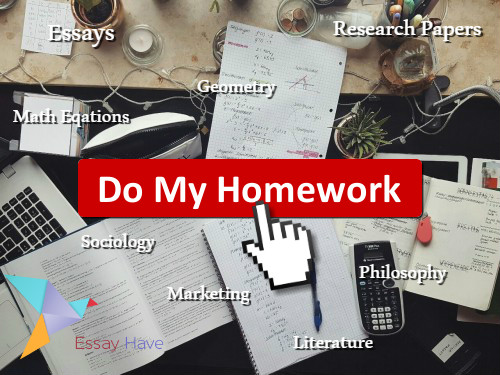